(reprinted from the Feb. 26, 2020 issue of Tribune des Travailleurs / Workers Tribune, the weekly newspaper of the Democratic Independent Workers Party of France)

110 years ago, the Second International Conference of Socialist Women, meeting in Copenhagen, Denmark, proposed the organization of the first International Women’s Day (to be held on 19 March 1911).

On March 8, 1917, in St. Petersburg, women textile workers demonstrated to demand bread and the return of soldiers from the front. The next day, strikes broke out. The Russian Revolution began.

March 8 is the day of the women of the international working class, against exploitation, against oppression and for the solution to all their democratic rights, for real equality between men and women.

On March 8, 2020, there is no doubt that we will, as every year, be assailed by speeches and promises of all kinds from the powers-that-be about women’s rights. We will hear about equal pay, the fight against domestic violence, a pension reform in which women would be the big winners … and many other things. The reality is very different.

The average salary of women remains 18.5% lower than that of men, 14 women have been murdered since the beginning of the year by their spouse or ex-spouse (149 in 2019), the pension reform seriously calls into question family rights and the survivor’s pension. These are not speeches but facts.

It should be added that the law on parity (on equal access of women and men to electoral mandates and elective offices) is, contrary to the stated objective, a law against women because it obliges dozens of women to be excluded from the lists for municipal elections, at least as far as the lists supported by the POID are concerned.

Despite this law, hundreds of women are candidates on these lists. Workers, caregivers, teachers, lawyers, mothers, all of them accuse the government of undermining their rights in all areas. Yes, women are indeed the first victims of the Macron-Philippe government’s policy, a government that attacks the rights of all workers.

The POID is being built in the fight for the defense of all workers’ and democratic rights, for the withdrawal of all counter-reforms.

It fights to put an end to the Macron government, its policies and the institutions of the Fifth Republic. It fights for a workers’ government, a government that will take urgent measures to meet the needs of working women and all workers.

* Contrary to what is written under many feathers, neither the UN nor the governments are behind March 8. March 8th is an initiative that originated with the labor movement. 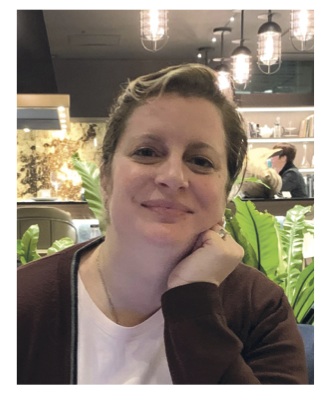 March 8 is International Women’s Day. This day, which originated with Socialist International Women, aims to reduce inequalities in relation to men. The first wave of struggle in 1911 demanded the right to vote for all and an end to pay inequalities. If today the former has been achieved, the latter is still a struggle to be fought. Unfortunately, other struggles for gender equality have become necessary.

The #MeToo movement was born with the aim of freeing the voices of victims of rape, violence and sexual assault. The voice that is being raised, from the performing arts, and now sports, is one that was muzzled by the shame of being a victim, but also by the fact that gendered education undermines women’s legitimacy to speak out.

This is an opportunity to return to the issues of feminism, patriarchy and Marxism. The capitalist system produces hierarchies and discrimination by imposing economic, political and social inferiority. It has constructed genders inculcated from an early age and it provokes the oppression of women under the guise of patriarchy. That is why the fight against discrimination and for emancipation is inseparable from the fight against capitalism.

Despite the promise to make gender equality a major goal of his five-year term, Macron’s policy attacks the gains of women, particularly with the counter-reform of pensions.