One million people in the streets of Santiago on October 25. Banners read: General Strike and Free and Sovereign Constituent Assembly!

The eruption of the workers and young people has opened a revolutionary crisis. “It’s not about 30 pesos” [the increase in the price of an underground ticket – editor’s note], say the millions of workers and youth, “it’s 30 years that we reject.” Thirty years is the period during which, after the end of Pinochet’s dictatorship, all the political parties in Chile, including those on the “left”, have continued to accept and maintain the dictatorship’s institutions, beginning with the 1980 Constitution — institutions that enabled the implementation of IMF plans. Our correspondents for the Alliance of Workers and Students write:

The Call for General Strike

On 18 October, the mobilisation spread. The government decreed a state of emergency. Repression resulted in twenty deaths and hundreds of injured. Finally, on 22 October, several organisations formed the Unidad Social (Social Unity) coalition and called for a general strike on 22 and 23 October. Among them was the CUT/Workers’ United Central, led jointly by the Communist Party and Christian Democracy, the Colegio de Profesores, CONFUSAM (Autonomous Trade Union Federation of Healthcare) and the Coordination Committee “NO AFP” (against the pension funds system inherited from the dictatorship). The call demands President Piñera’s resignation, lifting of the state of emergency, and the return of soldiers to their barracks, as well as the immediate convening of National Constituent Assembly. Hundreds of thousands answered this call, while the government reinforced the state of emergency. The mass mobilisation — in obedience to no one’s instructions — has grown, reaching even the most remote villages of the country.

Popular Sovereignty or “dialogue” with Piñera?

The leadership of the Socialist Party has proposed to call on the U.N. Commission on Human Rights, without even asking for the lifting of the state of emergency. The Communist Party and Frente Amplio [formed several years ago on the model of Podemos in Spain – editor’s note] have agreed on the need for “dialogue” with the government. All the parliamentary groups in the Senate are calling for a “way out of the crisis” by means of a referendum such as provided in the Constitution … which is a holdover from Pinochet. It’s a Constitution that millions of people have rejected!

The Workers Enter the Movement

In spite of a divided trade union movement, shipyard workers were among the first to mobilise, imposing unity on the organisations and a united march on the capital. While the unions in the copper mines — a key sector of the economy — are calling to join the mobilisation, the president of the federation has launched a call, side by side with government officials, to refrain from mobilising. The Colegio de Profesores (educators’ trade union) has already embarked in the struggle in defence of public education, which has attracted genuine goodwill from large layers of the population.

Popular Assemblies are being formed in neighbourhoods and districts. Activists of the Alliance of Workers and Students participate in them in their neighbourhoods; there are also workplace assemblies in some companies. They bring broad layers of the population together, although at times a bit chaotically, as everyone wants to speak. The demands are being expressed: to do away with the Constitution, to call for a Constituent Assembly, for the departure of the government, etc. For our part, we affirm that no social or democratic demands can be met under the present government. Therefore we raise the need for the organisation of these assemblies and their coordination at the local, regional and national levels.

Over the past 48 hours, neither the leaders of the United Social coalition nor those of the Communist Party and Frente Amplio have demanded that Piñera must leave. In a leaflet that was distributed on November 4, the Alliance of Workers and Students concluded:

“Our demands in the interest of the majority of the people can only be met on the condition that another type of government is established, a government for the people, represented by a SOVEREIGN CONSTITUENT ASSEMBLY (…) The young people have had the honour of initiating the fight on behalf of all of us, showing their courage and their conscience. The time has come for the workers to enter the scene, with all the power that their ability to block the means of production and services gives them. From the mines and all the way to the smallest of ports, everything must be paralysed. The United Social coalition must call for an UNLIMITED GENERAL STRIKE up to and until POPULAR SOVEREIGNTY is established. The people who are independently rich, the economic and financial groups, the speculators, the thieves and parasites that live off of our work do not create the wealth, THE WORKERS DO! Unity of action! Sovereign Constituent Assembly now! ” 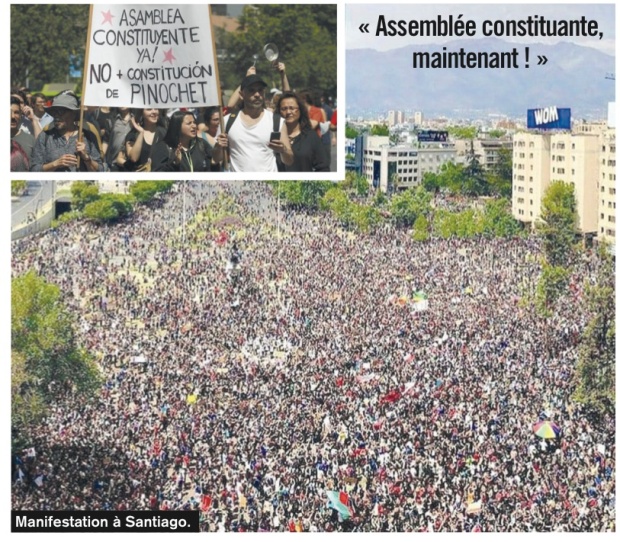 Neither President Piñera’s state of siege — with the army and police in the streets, the 18 dead, and the hundreds of wounded and nearly 2,000 arrests — nor the announcement of social measures aimed at calming things down, have had the least effect in quelling the protests.

Pushed by the mobilisations from below, the platform called Unidad Social (Social Unity — which brings together hundreds of the country’s trade unions and social organisations, including the CUT / Workers’ United Central, the Coordinating Committee Against the No + AFP Pension Fund law, and the Colegio de Profesores, affiliated with CUT — issued a call for a general strike on 23 and 24 October.

The demands are the ones that the workers and youth have been chanting in the streets since the beginning of the social explosion: lifting of the state of emergency, withdrawal of the draft law that destroys workers’ rights to retirement pension, education, taxation, and the demand for a series of measures to meet the workers’ needs. They also include the demand for a Sovereign Constituent Assembly. Participation in the general strike was massive.

The explosion that is underway is the result of the policies of the governments of both the “left” and the right that have taken turns in office since the end of Pinochet’s dictatorship. These different governments refused to break with the dictates of the IMF, which were implemented since the first days of Pinochet’s dictatorship and were intensified after 1990. They also refused to break with the institutions of the dictatorship, whose Constitution (adopted in 1980) is still in effect and is the basis today for the state of emergency law decreed by Piñera.

This is what the workers and the people of Chile want to change with their demand for a Constituent Assembly. It is a demand that is addressed to the parties that claim to represent the workers.

But the only solution that has been proposed to address this on-going situation from a group of parliamentary representatives from the “opposition” — including those of the Socialist Party — has been to call on the U.N. and its High Commissioner of Human Rights, Michelle Bachelet (ex-president of Chile), for observers to be sent to Chile … without even asking for the lifting of the state of emergency! As for the parliamentary representatives of the Chilean Communist Party (PCC), along with the representatives of the Socialist Party, they have initiated a discussion on the means — in the framework of the Constitution of the dictatorship, which is still in effect — to start legal proceedings for the impeachment of President Piñera and his secretary of the interior, Andrés Chadwick.

For its part, the Frente Amplio (Broad Front), a coalition of parties and movements that claim to follow the example of the Podemos movement in Spain, has joined forces with the PCC, the Progressive Party (centre-left) and the Federación Regional Verde Social (environmentalists and regionalists), to demand a number of social measures — but they are all carefully avoiding to raise the issue of a Constituent Assembly.

Any and all manoeuvres have thus been launched in the attempt to preserve the institutions that have been rejected by the millions of workers and youth who are demonstrating and striking. The declaration by the Alliance of Workers and Students, which has been widely circulated, asserts and affirms that another way is possible: the election of a sovereign Constituent Assembly, designating a government whose mandate is to satisfy the needs of the workers and the population. 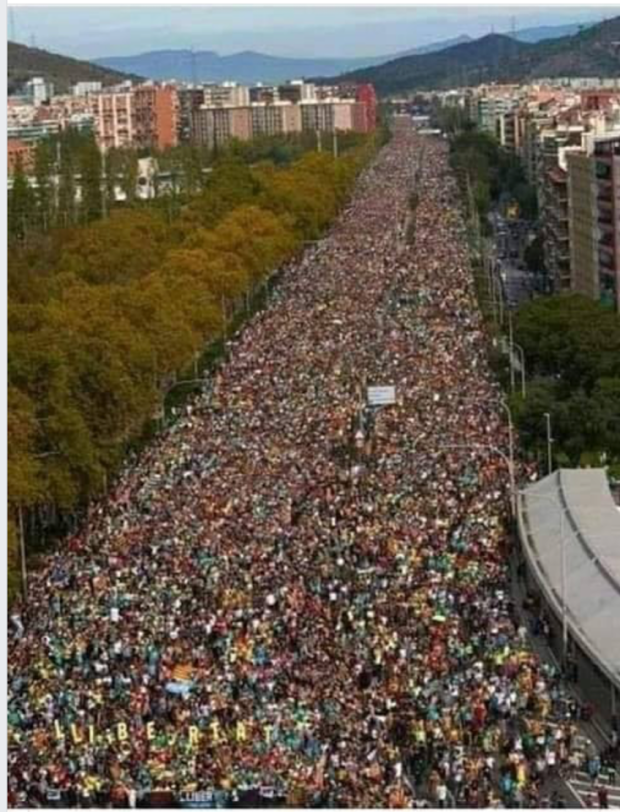